The sky is truly the the limit as a British Airways advertising campaign from 2013 showed us. The ad campaigned titled “#lookup“, which was created by the popular marketing agency, OgilvyOne, stretched the boundaries of billboard advertising by combining old and new techniques to give the world something unprecedented.

The Concept Behind the Amazing British Airways Billboard

British Airways is the largest airline in the United Kingdom in terms of fleet size, route network, and revenue. However, the sector is fiercely competitive, and the company continues to strive for new heights with its advertising campaigns.

As a result, two digital billboards were created in London. These particular placards were placed between the public’s view and the flight paths of planes arriving and departing from Heathrow Airport. The display was upgraded with advanced technology that could follow planes as they flew overhead, and that’s when the magic began.

A video of a toddler pointing at an airplane and running after it would begin to play. The sign would also display the flight number and location from whence the plane took off, before returning to a very basic British Airways display.

On the other hand, this wasn’t a simple hashtag-advertising effort. It was all based on a strategy that would allow customers to engage emotionally with the brand. People often imagine themselves on their way to an exotic area when they look up at planes in the sky, and this billboard managed to bring back those childhood memories for everyone who saw it. The use of a child allowed viewers to connect with their feelings of being awestruck by flight as a child, while also avoiding all the disappointment caused by misplaced luggage and extended delays.

The Technology Behind the British Airways Billboard

The billboard used a surveillance system that was particularly created for this campaign to ensure that it tracked real planes and that the video was timed with the planes as they flew by.

It employed a specific antenna that could register the transponders of all aircraft within a specified radius to figure out which plane it was. Many more aspects were taken into account throughout the programming. For example, it considered the plane’s height, the sky’s cloud cover, and the light (or lack thereof) to guarantee that people could see what they were supposed to see.

How the Internet Responded to the British Airways Billboard

The campaign’s own website, ba.com/lookup (which now redirects to britishairways.com/lookup), was established exclusively for it. It was created to make it simple for clients to transform their desires into bookings, allowing them to spend more time packing their belongings. It seems to be effective, as it received over 43,300 unique visitors.

The sign’s video has been viewed over 1.3 million times online, and the campaign has received over 45 million social media impressions. The hashtag #Lookup was put beneath the video and was used over 3,400 times on Twitter.

Also Approved by the Advertising World

The Ogilvy 12th Floor agency created the entire campaign, which was a huge success. The campaign won the Direct Grand Prix at the Cannes Lions International Festival of Creativity. Similar ideas have been explored before in other parts of the world, but this was the first of its sort in the UK.

One of the most important lessons to learn from this campaign is that technological advancements do not always have to imply the demise of more traditional types of advertising. Print advertisements may appear to be less relevant than online ads that keep buyers one click away from making a purchase, but digital developments can bring certain platforms full circle. In a world of clickable computer code, a massive video could be exactly what you need to stand out.

The Effects of Outdoor Advertising on Other Businesses

Even if you’re not an airline firm, there’s always a method to use outdoor advertising to promote your brand using modern technologies. If you need help with getting your brand on a billboard, get in touch with us, but first make sure your seat and tray table are fully upright and latched!

Yusuf Odukoya is the Senior Designer and Art Director at Branditechture. His professional experience dates as far back as 2007. He has a special place in his heart for rabbits. He loves watching National Geographic Wild in his free time.
0 0 votes
Article Rating
Subscribe
Connect with
Connect with
4 Comments
Newest
Oldest Most Voted
Inline Feedbacks
View all comments 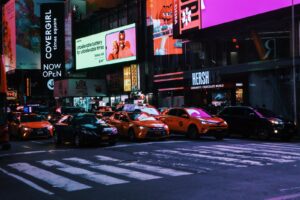 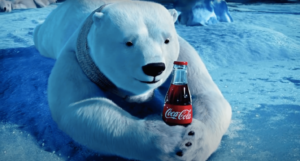 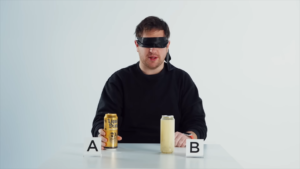 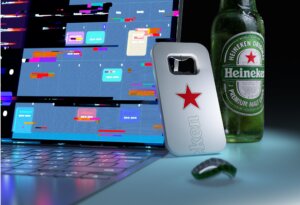 The Closer – The Heineken® Bottle Opener That Shuts Down Work Apps